Periodontal muco-gingival surgery has instead aim to restore the soft tissue (gums) protection of the teeth (usually with auto-grafts) and then to restore health and function, as well as an aesthetic harmonic look.

What is a periodontist?

A periodontist is a dentist who specializes in the prevention, diagnosis and treatment (surgical and otherwise) of the diseases that affect the supporting structures of the teeth – mucous coating, enamel, dental alveolar ligament, alveolar bone – and is often also specialized in the application of dental implants and follows regular training and updating courses to be able to use the most advanced techniques of diagnosis and treatment.

Who would need a periodontist?

All patients who have rather relevant problems related to periodontitis (pyorrhea) but also those presenting the unsightly sagging of the gums (gingival recession) to the uncovering of the tooth base, resulting in weakening of the supporting tissues and consequent impairment of the teeth.

What is periodontal disease?

Periodontal disease is a chronic bacterial infection that affects the gums and bone that support the teeth. It may cover one or more teeth and begins when solidified plaque (tartar) causes inflammation / infection of the gums. Every periodontal disease, even the most serious, starts with what is commonly known as gingivitis. In this stage the tartar causes gums to bleed and, if it continues to accumulate, it progressively causes the recession of the gingival tissue and underlying bone, resulting in the formation of deep gingival pockets in which bacteria proliferate, finally causing the loss of bone and ligaments which surround the roots. Lastly, having lost all support, the tooth falls out or needs to be extracted. Often periodontal diseases do not have obvious symptoms that may highlight the severity even in later stages. For this reason, today, a regular visit by the periodontist is the best defense against a disease that affects more than half of the population over 18 years of age.

What can I do to prevent periodontal disease?

It ‘important to remove daily plaque from teeth and gums by brushing our teeth properly, using dental floss and, where necessary, even pipe cleaners, as shown by the dental hygienist. It is important to visit the dentist at least twice a year to have teeth cleaned professionally so as to clean even those areas that brushing and flossing cannot reach.

In addition, in order to increase natural defense of the body and mouth from infections caused by dental plaque, one should follow a balanced diet preferring healthy food and reduce risk factors such as smoking (smokers are twice as likely to develop decay, deep gingival pockets, tissue and alveolar bone regression than non-smokers).

Is it normal for our gums to bleed when brushing our teeth?

Bleeding gums is one of the first symptoms of gingival inflammation. Tartar that arises from improper removal of dental plaque inflames the gums and makes them bleed, but also subtly triggers the retraction of the bone supporting the tooth ( swollen and inflamed tissue can disguise this retreat). A visit to the periodontist will help us discover the causes of bleeding and implement the most effective strategy to solve the first symptoms of periodontal disease.

Who is the periodontist Studio Benzi? 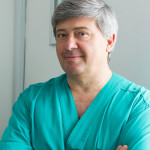 The Periodontic specialist at Studio Benzi is Dr. Benzi. Private Postgraduate Specializing in Periodontology between 1986 and 1988 and dedicated to mucogingival surgery, regenerative and reconstructive implantology since 1986 and later in 1990, Dr. Benzi acted as opinion leader for various National and International Implant companies, he has worked as a Clinical Researcher with Nobel Biocare since 1997, a collaboration that has given birth to numerous publications. In addition, Dr Benzi was among the first to work on the Guided Surgery and produced statistics on Nobel Guide ™, the first systematic computer driven system in the world. A fully integrated system between the implant and prosthetic system for the design and implementation of operations of immediate load implantology supported by CAS (Computer Aided Surgery).