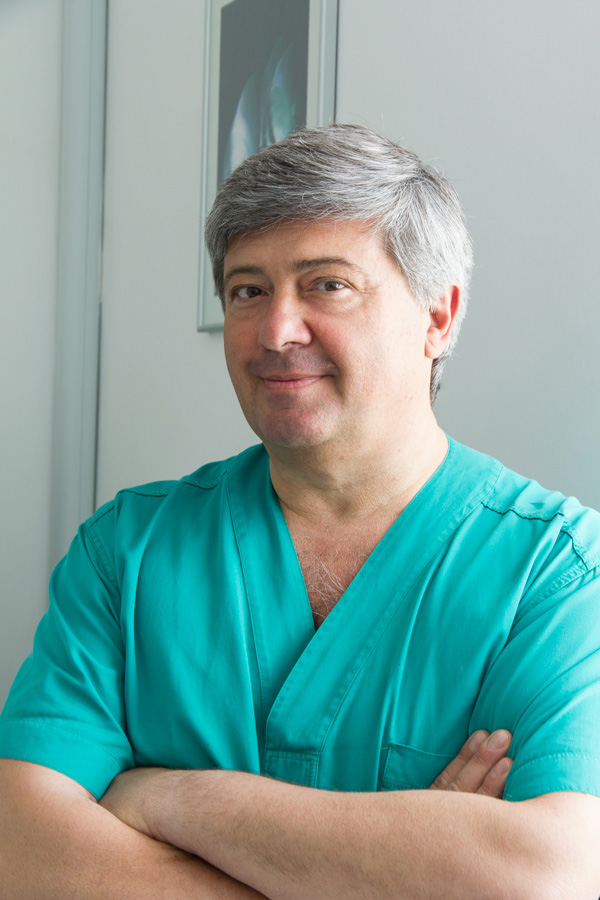 Graduated with honors in Medicine and Surgery and then specialized in Dentistry with honors at the Faculty of Medicine of the University of Pavia.

His surgical training, starts from his Master in Periodontology which he attended immediately after his specialization, since he turned to implantology in 1990. He has been Opinion Leader for various National and International Implant companies.

Dr Benzi has worked as Clinical Researcher for NobelBiocare since 1997, a collaboration which has given birth to numerous publications. Dr Benzi was among the first to work on Guided Surgery and has produced clinical statistics with NobelGuide™ the first computer driven system in the world. A fully integrated system between the implant and prosthetic system for the design and implementation of immediate load implantology with the support of CAS (Computer Aided Surgery).

Since 1996 almost all implant operations performed in his clinic have been of immediate implant and functionality. Since 2010 Dr Benzi has been Partner of the Malo Clinic Lisbon where he works directly alongside Prof. Paulo Malo, inventor of the immediate load All-on-4™. prosthetic implant.